In my life I’ve come across all sorts of requests, demands, and yes even just a straight up beg or two. The types of items in which you’re asked to pull out of your hat can vary just as much as the people inquiring about them. Yet, stories that are nightmarishly hellish are often the ones that teach you the most. (not to mention make you laugh like hell months later) I may never give names but I will always tell the story and to know me is to expect that. However, this isn’t that type of posting. (a girl’s gotta save some material for a new post on a rainy day, doesn’t she?) This is more of a ‘tricks-of-the-trade’ I’ve had to learn due to countless years of even more countless experiences being anything and everything to everyone…..the majority of which I’ve never even met. I’d like to think that if I can help out just one of my followers by saving them the misery & embarrassment that I’ve endured, then it’ll all have been worth it. Sooooo….let’s begin shall we?TALL (latte please…)
Dilemma: How to send a gift to someone you don’t know the name of let alone their interests(nor do you care to):

Solution: If its a female, under the age of 30 and there are more than 3 vowels in her name (ie. Tiffani, Britney, Adison, Mercedes,etc) odds are they like pink and since roses are played out, I recommend a modest arrangement of StarGazer Lilies in a neon green or jet black vase. They smell amazing, the vase can be reused and you’re off the hook for a mere $25 max. Unless her name is Elizabeth or is over 30 (maybe both), in which case go with a mix of Amaryllis, White Freesia & a couple Bells of Ireland. It doesn’t matter if you haven’t a clue as to what they are, the florist will & so will the recipient. Worst case scenario, they’re allergic, in which case they’re used to getting flowers they neither like nor enjoy but you’ll at least get an A for effort. 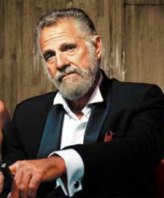 If it’s a male, between the ages of 35-52 and an east coaster, then I’d recommend a Callaway Golf Humidor for the Swanky McSwanksters or a cigar sampler. If said gentleman is under the age of 32 and more of a west coaster, the “Personal 55in Widescreen Viewing Glasses” for our Mister Uhpan Comingstein is brilliant. They’re basically softball coach sunglasses with ear pieces & built in screens on the lenses that plug into any iphone, itouch or gaming system. (They’re legit….even if the guy will look like Terminator reject.)  Unless he’s a hippie….in which case get him a subscription to Urban Garden Magazine, some nutrients & a lighter. (he’ll thank you profusely and if you’re lucky, might even share)
GRANDE (non-fat/sugar-free/light foam)
Dilemma: You’ve just been asked to lie about the whereabouts of a friend. Problem is, they forgot to tell you this and you just totally spilled the beans.

Solution: STAY CALM. The OH-SHIT face is just as obvious as the smell of shit so don’t give yourself away so quickly. Pay attention to personal cues and don’t dig too deep either. Once you realize the location you said wasn’t the location they were told, depending on the friend (the one who wants you to lie at least, not the poor sap who’s being lied to) it is imperative you stop & think out your next move. If it’s someone you know well and love much more than the person you’re speaking to and you’re lucky enough to only be speaking over the phone, just say something along the lines of, “wait….did I say Vegas? sorry that was my own Freudian slip. Reading & talking at the same time…not a good mix, I meant Des Moines. I just spoke with ’em and they said hi, you should give ’em a call” – then ask them if they’ve ever been to “insert-infamous-vegas-attraction-here”. No one said it would work but it does buy you time.
If it’s in person, however, you’re screwed. I’d say faking like you have something in your eye and excusing yourself to the nearest bathroom where you can then either call or text the friend your covering for could work, except 9 outta 10 times it doesn’t. At that point it’s just best to excuse yourself (for good) and text your friend with the bad news, closing with a GOOD LUCK, of course. It’s not your fault they’re in this clearly stupid situation nor should you have to take the blame or punishment for it. In this scenario, mind you, I don’t recommend going to the bathroom to do this. Try saying the person you’ve been trying to reach through Missed Connections on Craigslist’s just walked by…you had lamb curry the night before & are holding a painful amount of gas….anything but just don’t go to the bathroom. Otherwise you’ll be stuck in there………most likely indefinitely.

Look. I’m not condoning lying. Under any circumstances. To anyone. Period. Being on the receiving end of a lie blows no matter what. However, truth be told we have all been on one end or another of that dreaded Gos-forsaken triangle. We have also wished that we’d had either a buffer-friend (you know the kind) to help deflect the cold stares that could kill a village or that we’d had the proper tools to protect our self and get the hell outta there ASA-MF-P. Cause no one wants to be trapped in a smelly public coffee shop restroom with a person scorned right outside the stall….or worse, having to claw your way out the front door. It’s not easy. True Story.
VENTI (soy/half-caf/Sugar-Free/extra foam/cinnamon twist /lukewarm & green)
Dilemma: Your boyfriend/girlfriend wants to have a threesome…….and not the kind that’s in your favor.
Solution:
Depending on the situation, how long you’ve been with each other and what your trust levels are like is all relative in making this decision. However my answer has been/ is currently / will always be THIS: If its someone you call a boyfriend/girlfriend in public & they’ve met your friends (which is the new ‘family’ these days…)  Don’t Do It. (or at least not with them…) Even if the person who wants this lil Menage E Trois is literally about to explode from excitement just thinking about it, that mindset will fade like a young starlet’s beauty come coke-time once the shit starts rollin. Jealousy & competitiveness will inevitably pop up like a case of freshly contracted cold sores and much like herpes, it will Never. Go. Away…….Ever.
If you’re really wanting to ‘experiment’ then do it with someone you’re cool with but ultimately could care less about. I’d say make sure you’re attracted to them too but given you will more than likely be the one picking the Menage to your Trois save the looker for that venture cause odds are you wont be seeing your ‘friend’ again. However, make sure you can count to at least 20 without assistance or screwing up before choosing & any amount of alcohol or ‘party favors’ need to end an hour before the horse & pony show commences. Other wise you’ll end up like the poor soul who’s story came straight from Tucker Max blog….except this wasn’t from TM’s blog. It fell from the lips of a friend who’d had 12 too many drinks, pills & lines one night in Vegas. I’ll paraphrase here since all you need to know is how it ends:

“…..So anyway….i take ’em both back to the room, right? And before I know it I’ve got one girl playing cowgirl and the other taking a mustache ride. Then a few rumble in the jungle’s later I can feel it all start to come up but Mustache rider was just too heavy to throw off and Cowgirl had me pinned to the bed. So here I am, stuck on my back with 2 girls having the time of their lives on me while I lay trapped beneath them.  Cut to me doing my best geyser impression exploding from both my pelvis & my face.”
Needless to say, the Cowgirl probably got knocked up that night while her girlfriend, Miss Mustache Rider definitely got an infection. Hell, she’s probably the Blue Waffle model now which ain’t like being next top model, trust me. (WARNING: Do NOT click the BLUE WAFFLE link unless you absolutely hate yourself) Need I say more about the dangers of inviting strangers into a familiar bedroom?  I mean, can you imagine having that happen with your ‘significant other’?!?! Um, awwwwwkkkkkwarrrrrd…..to say the least. In case you’re wondering, I am NOT a participant in anything that happened in the disgusting story above. I am, however, totally stoked to have heard it. You will be too once the shock wears off, I guarantee it.

Hopefully this has helped on some level, whether its with a current task that’s been tossed your way, a fuck up beyond your control or even an event that’s forced you to contemplate social suicide…..either way you’ll have the guts to face at least 3 scenarios in life should you be lucky enough to follow in my footsteps. And by lucky I mean: Damn, sucks to be you.